How do you choose a midi keyboard that suits you and your available budget? We receive this question regularly at the DJ School Nederland. A midi keyboard is of course not something indispensable, many people “draw” melodies with a mouse, via their keyboard or trackpad. Still, it is one of the most popular items in a (home) studio. DJ School Nederland has midi keyboards from Native Instruments, these are in the higher segment in terms of look and feel and also in terms of price. Of course we have also tried other brands and M audio and Akai are good alternatives. However, our preference lies with Native Instruments keyboards.

We have some tips with links so you can make your own choice:

There is a lot of choice on the market and that’s why we thought it was a good idea to give some attention to this piece of hardware. But before you make the choice, what do you think is important about a keyboard?

A midi keyboard or controller can of course not be missed in the arsenal of the modern producer/beatmaker. MIDI: The protocol that gives each button on your “controller” a number, which corresponds again to a note or virtual fader, path, fader, you name it. This of course doesn’t confuse with a synthesizer or keyboard, these are devices that can produce sound independently and a midi controller only gives you control over, for example, your favorite virtual instrument – such as Spectrasonics Omnisphere to call random.

There is a lot of choice on the market and that’s why we thought it was a good idea to give some attention to this piece of hardware. But before you make the choice: what do you think is important about a keyboard? Should it be easy to carry, or do you need additional features, do you want a certain number of octaves on your keyboard, or do you particularly need the “feel” of a real Grand Piano?

25 32 49 61 71 88. Maybe this series of songs doesn’t tell you anything, but they stand for the length of the keyboard – an expensive word for the keys of a piano or other key instrument. A midi keyboard with 25 keys has chromatic 2 octaves, so all the notes from C. Advantage is that it is nice and compact so nice and mobile. You can easily keep it on your lap, and use it almost anywhere. The 32 keys gives you half an octave extra. If you want a larger range, it’s the 49; twice as much range but also a little larger, making this often the first choice for producers. For people who want to play a little more serious piano, you come with the 61 and especially the 88 near the real thing. This range is very nice to pianists because there is almost always more vocal play.

When it comes to the features there is also a whole world to discover. For example, you can think of attack sensitive drum pads, rotary knobs/rotaries, faders, LCD screens… Nowadays you can see midi controllers with a wide variety of possibilities.

Almost impossible to think away, but some entry level models don’t have this by default. The attack sensitivity can blow more life into the parties you respond to, but can also be a disadvantage if you only want to play hihats with the same volume.

That’s why you choose a controller that has drum pads on it. These are almost always attack-prone and so you can go loose on the drum games! For example, if you want to control a filter, maybe the AKAI MPK Mini MK2 is something for you. But of course there are plenty of other manufacturers like Arturia and M-Audio who also make beautiful controllers with similar functionality.

The real purist of course looks at the test itself, which gives the touch of the test for a feeling. Studiologic SL73 Studio of Native instruments Kontrol S88 MK2 are for example keyboards of this higher caliber. They use FATAR technology. The FATAR mechanism mimics the traditional model of the hammer, making the keys feel like, for example, a real wing. Only downside is that these instruments – as you can call them – often do not have any extra drum pads, because they are really made to play on for a long time. 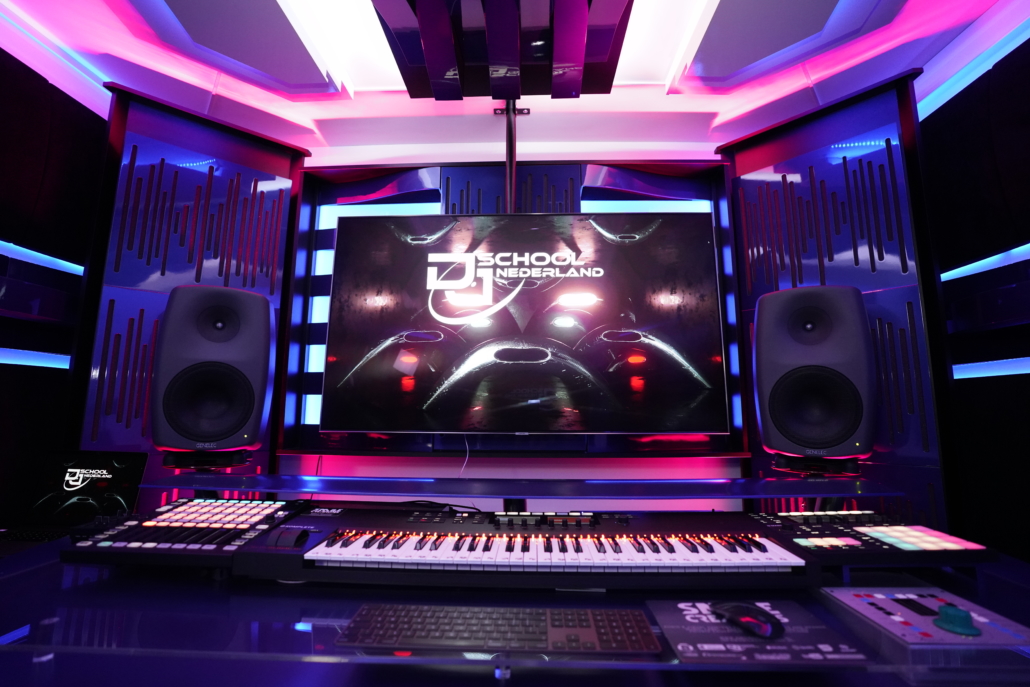 Produce music at home, you need it

This site uses cookies. By continuing to browse the site, you are agreeing to our use of cookies.